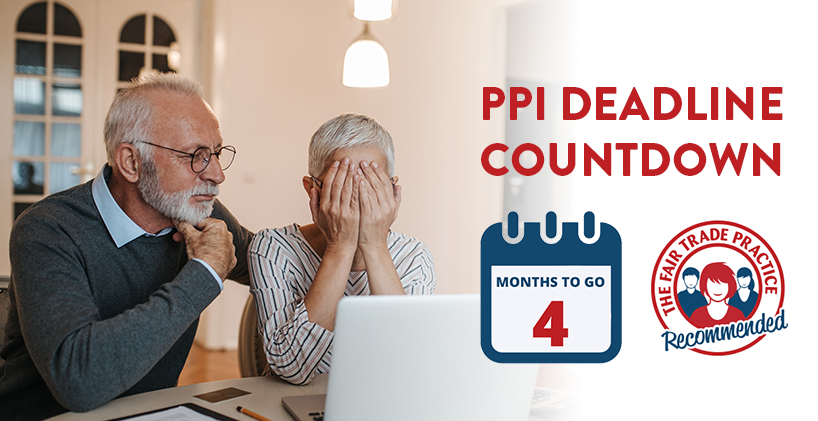 Twelve billion pounds in just 4 months? Millions seem certain to miss out on PPI compensation with the deadline imminent

Millions of people look set to miss out on PPI compensation, with £12bn of lender provisions still to be claimed but only 4 months left to go until the claims deadline.

With August’s cut off point just around the corner current complaint volumes suggest that it is unlikely everyone who needs to check will do so in time, resulting in billions being left unclaimed and likely recouped by the banks.

That means money which major lenders have specifically set aside to repay those they misled over PPI will not be returned to its rightful owners, and millions will lose their chance to claim forever. 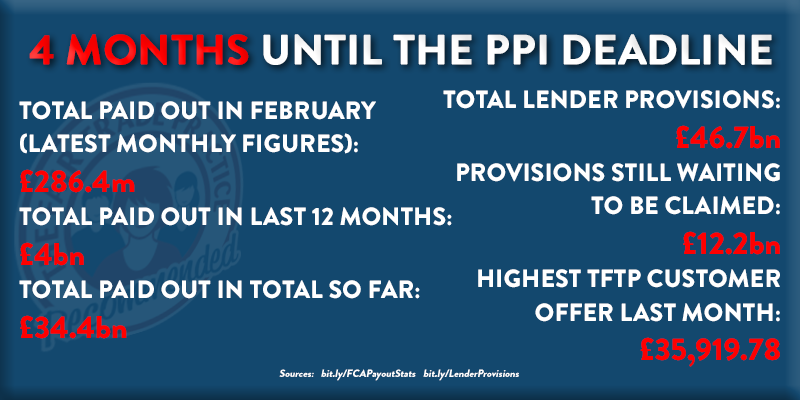 To return all £12bn in the next four months would require an average of £3bn a month to be paid out – but the current figure sits a long way off that at £286m, over the last 12 months.

Perhaps the majority of those yet to check are still certain they were never sold PPI – but 95%* of our successful customers here at The Fair Trade Practice were unsure if they had PPI before they began working with us.

Payment Protection Insurance, which was also known under different names, was sold to customers who did not want it, could not claim on it or did not ask for it alongside their loans, mortgages, credit cards, overdrafts, store cards and more.

The saga has been labelled as ‘the biggest mis-selling scandal in financial services history’, and to date more than £34bn has been paid back to consumers who were mis-sold PPI.

Major banks and trusted names like Lloyds, Barclays and HSBC were some of the worst offenders, with the former increasing their provisions for a 20th time as recently as February.

Over the last two years, our customers in their 40s & 50s have received almost twice as much compensation as all other age groups combined**, putting them most at risk of missing out.

For those yet to check there is still time, but they must act NOW to make sure they are not amongst the millions who will miss out on PPI compensation.

Numbers of complaints may have risen to record levels but with over 80% of the remaining PPI provisions still at risk of being retained by the banks tomorrow will be too late to find out if some of it belongs to you and your friends.

If you have ever had a loan, credit card, mortgage, overdraft, store card or catalogue credit then you must start your check now to avoid missing out – as just finding out if you’ve had PPI is not enough to beat the deadline.

You must have actually filed your complaint with the lender by August 29th for it to be investigated in time, otherwise your investigation will end before it’s even truly begun.

Now you’re here, don’t leave it to chance. You’re just one click away from beginning your claims journey with us and getting true peace of mind on PPI.