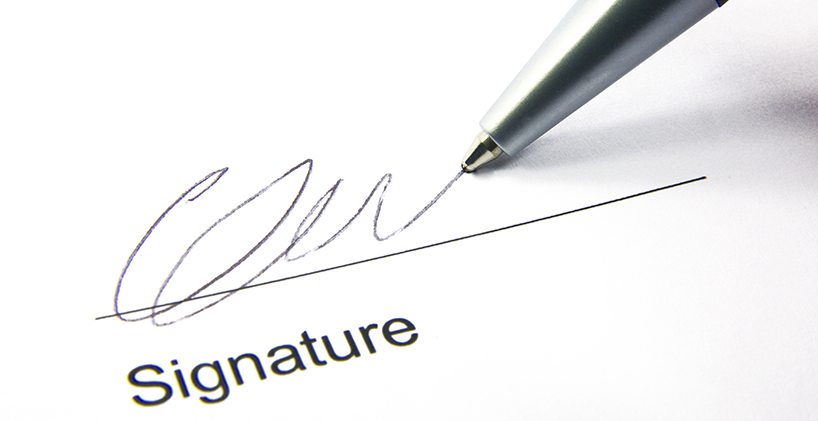 Royal Bank of Scotland are facing investigations from the Financial Conduct Authority (FCA), the Treasury Select Committee and the police after multiple whistleblowers alleged that staff at the bank were trained in how to forge customer signatures.

Details of the allegations have been given to the three authorities by Bank Confidential, a new group formed to ‘root out unacceptable practises in the big banks’.

According to the allegations, managers at RBS were taught how to access digitally-held genuine versions of customer signatures, trace them onto new documents by holding them up against windows and then photocopying the results to avoid being caught out.

One of the whistleblowers said he was taught to copy signatures on his first week of training as a manager back in 2005, and said another manager had told him he could ‘download’ and ‘trace’ signatures on documents where they were otherwise missing.

In response an RBS spokesman said: “RBS takes any allegations of misconduct very seriously. We have robust whistleblowing processes in place, as required by the regulator. Many of these allegations date back a number of years and have been thoroughly investigated by RBS and other bodies, including the courts.

No evidence has been found to support them. We deny manipulating or falsifying customer records to suit our purposes.”

It makes for more bad news for the bank after two insurance firms were fined millions of pounds back in 2012 for forging staff signatures on complaint documents - both firms were owned by RBS at the time.

These latest allegations cap off a turbulent 12 months for RBS, who announced further increases to its PPI provisions to bring its total bill up to £5bn, were handed a fine of £4bn by US authorities for the mis-selling of home loans and announced the closure of a quarter of its branch network across the UK.

At £5bn RBS’ total bill for the PPI scandal makes them the saga’s third biggest offenders behind Lloyds Banking Group and Barclays.

Between them the major UK banks have set aside £43.5bn for paying consumers compensation for mis-sold PPI, but almost £15bn still remains unclaimed.

Many had predicted that the number of complaints about mis-sold PPI would trail off in recent years but complaint numbers are in fact at a three-year high and in October 2017 more was paid back to consumers than in any of the previous 19 months.

Many consumers are realising that now is the time to check their finances before the claims deadline of August next year causes the system to become backlogged.

Complaints can now also be made based on undisclosed high levels of commission, meaning that just having PPI could now mean consumers are due money back.

Recent FCA estimates say that 4 in 5 potential complaints about PPI were yet to be made, so if you have ever been a customer of RBS make sure you don’t miss out.

More than 95%* of our new customers are recommended to us by someone they know, so let the ethical choice in claims management give you peace of mind on PPI.