Skip to main content
Home / Is Martin Lewis the most influential man in Britain? 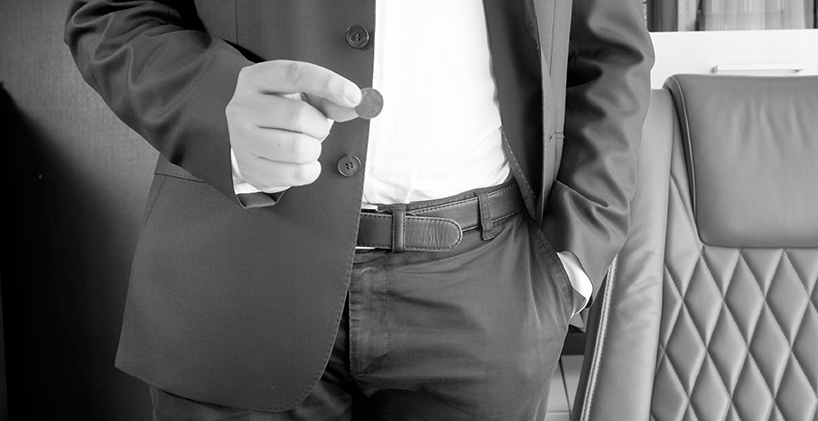 Is Martin Lewis the most influential man in Britain?

There are not many public figures today whose reputation remains untarnished, no less their word taken as gospel by millions.

But Martin Steven Lewis, or the Money Saving Expert as you probably know him, has spent the last 16 years garnering that kind of trust from people up and down the country when it comes to their personal financial matters.

Leading consumer rights campaigns, saving millions money on their day-to-day costs and donating millions of pounds to various charities - Lewis has been described as a ‘national hero’ and there are regular calls for him to be knighted for his work (he was awarded an OBE in 2014).

So just how influential is Martin Lewis?

Well he regularly meets with politicians on issues surrounding financial policy, a recent example being the Ombudsman Inquiry carried out by the All Party Parliamentary Group on Consumer Protection, which followed on from an MSE report and took on board many of its recommendations.

When he’s not working with governments, Martin Lewis can also be found taking on some big names in the corporate realm. He is one of the few people in the world who can say they fought Facebook and won, after the social media giant agreed to an out-of-court settlement following his legal challenge over fake adverts on their platform which used his name.

Passionate about providing young people with financial education, last year Martin Lewis funded the first financial textbook in the UK and paid for 100 copies to be sent to every state school in England.

He has been labelled the UK’s most trusted voice on Brexit, the UK’s most searched-for British man and has the power to single-handedly crash websites at the slightest mention.

Including founding The Money and Mental Health Policy Institute in 2016, Martin Lewis has donated almost £6m to charity since 2012 and is the patron or ambassador of 4 other charitable causes including Grief Encounter who support children through bereavement.

He has more than half a million Facebook followers, over 640,000 Twitter followers, an average of almost 4 million people watch his show (making it the most popular current affairs programme in the UK) and the website he founded now has 16 million monthly users and 13 million weekly email subscribers.

Packaged Bank Accounts ‘leave a bad taste in the mouth’

One of Martin Lewis’ many campaigns, the fight against mis-sold Packaged Bank Accounts (PBAs) began back in November 2012.

PBAs are accounts that offer additional benefits such as breakdown cover, travel insurance and extended overdrafts in return for a regular fee.

But when it comes to bank accounts that charge a monthly fee Martin Lewis warned “many people should cancel immediately” - and that was way back in 2013.

There are concerns about the value of these accounts, as sometimes these benefits can be arranged separately elsewhere for less, leading Martin Lewis to label them as ‘an expensive pile of pants’ back in 2010 and describe them as ‘the marmite of banking’ which leave ‘a bad taste in the mouth’ in 2015.

Much like the PPI mis-selling scandal, sales of PBAs were driven by bank staff incentivised by bonus schemes which led to pressurised sales tactics and misinformation.

In 2013 the Money Saving Expert himself said: “There's growing evidence that banks systematically mis–sold these policies, just as they did PPI, with commission–based sales staff flogging them hard regardless of suitability.” These words are still echoed today on the MoneySavingExpert website.

More than 10 million of these accounts have been opened in the UK and the Financial Ombudsman (FOS) reported a 7% year-on-year increase in the number of complaints they upheld in favour of the customer in the first quarter of 2019, the most recent data available.

The FOS have previously said customers being ‘converted’ to fee-paying accounts without their permission is the most common reason for complaint, but others have also seen their pre-agreed fee increased by the bank without warning.

For others who were aware they had a PBA they may have felt pressured into taking the account or misled into believing they needed it to qualify for other products.

Many though complain their account was mis-sold simply because they could not use the perks that came with it, for example they were not made aware of age exclusions on the travel cover or they did not own a smartphone to utilise the gadget insurance.

Whatever the reason, if you feel you may have been mis-sold a PBA then The Fair Trade Practice can help.

The ethical choice in claims management for over a decade, we are harnessing the power of recommendations from friends and family to help more and more people get financial peace of mind on mis-sold PBAs.

Our professional service continues to impress as the word spreads about the potential scale of mis-sold PBAs, with 94%* of our new customers referred to us.

Major banks have set aside provisions of more than £1bn to compensate those mis-sold, so click below to find out more today.