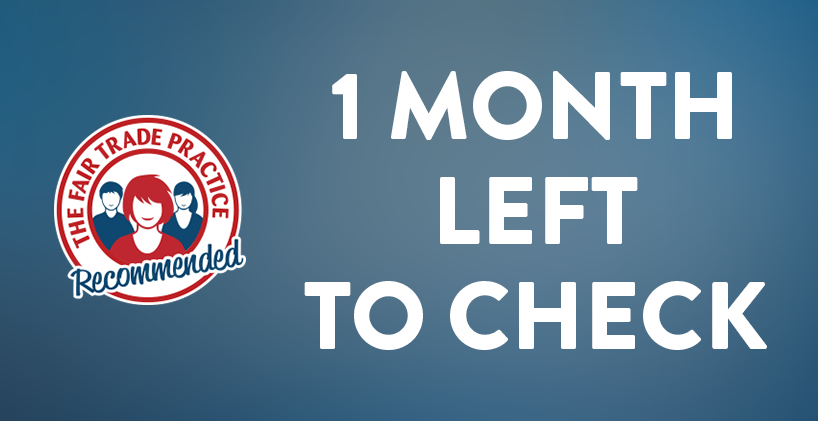 Millions of UK consumers are just 1 month away from missing out on mis-sold PPI compensation as the claims deadline enters its final countdown today.

Major banks and lenders will no longer accept new PPI complaints after the FCA’s claims deadline of August 29th, despite billions in provisions still waiting to be claimed.

That means anyone who does not take immediate action will miss out on their chance to see if they were affected by the UK’s biggest financial scandal in retail banking.

Despite warnings from experts and an advertising campaign from the regulator, featuring the likeness of Arnold Schwarzenegger, millions still think of PPI as a cold-calling nuisance or a trick they would never have fallen for.

But this misunderstanding is set to save the banks billions as there is no regulatory requirement for them to repay residual provisions after the deadline, so anything that goes unclaimed looks set to be returned to their balance sheets.

Latest data from the FCA shows more than £350m was paid out to consumers who were mis-sold PPI in May, making it the biggest month of the year so far for payouts.

This is just a small part of the £4bn which has been paid out in the last 12 months though, and the number pales into insignificance compared to the total cost of the saga which now stands at over £35bn. 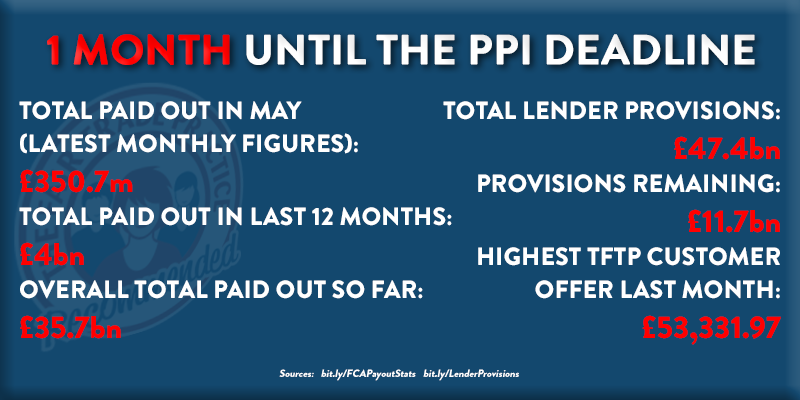 PPI was ‘systemically’ mis-sold on a range of finances, often being added to lines of credit without the customer’s knowledge or despite them declining it at point of sale.

Even when it was sold correctly on average lenders took 67% of the premiums paid as commission and profit share without informing the client – though shockingly we have seen cases where that figure was as high as 100%.

Out of all the money that banks and lenders have set aside to pay PPI costs, just under a quarter remains unclaimed with a month to go until the deadline.

Those yet to check have very little time to act, as the complaint itself must be with the lender before midnight on deadline day to be considered.

Getting a claim to that stage takes time though, something there is precious little of, and consumers eager for answers will not want to join the back of a lengthy queue.

It doesn’t matter if your claim is regarding finance with one of the major banks or credit arranged through a well-known insurer – if you are one of the millions STILL yet to check their finances for PPI then you need to act now.

The average amount received by our successful clients is more than £3,300*, with 95%* unsure if they had PPI before they began working with us.

So don’t be amongst those who will be kicking themselves after the deadline. Act now, beat the PPI deadline and get true peace of mind before it’s too late.

Click below to get started with us whilst there’s still time.