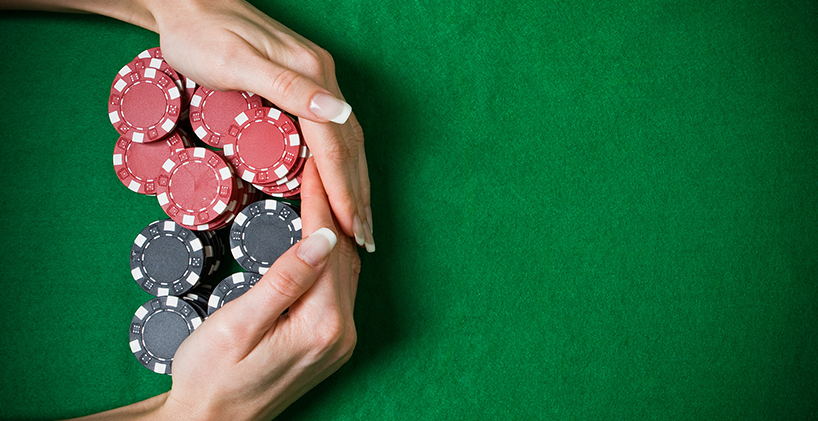 Banks set to recoup £9bn of PPI they ADMIT was mis-sold. Why aren’t more consumers checking if they’re owed?

Banks and financial lenders are set to pocket a staggering NINE BILLION POUNDS worth of PPI they’ve admitted to mis-selling, based on current rates of consumer redress.

Despite PPI complaints reaching their highest levels in four years, the number of people checking to see if they were affected by ‘the biggest mis-selling scandal in financial services history’ is still not enough.

That’s because lender provisions, money which banks and other firms have set aside to compensate mis-sold consumers, far outweigh the amounts currently being paid back - according to the industry regulator.

The Financial Conduct Authority (FCA) publishes data every month showing how much has been paid back to those who have successfully complained about mis-sold Payment Protection Insurance.

Over the last 12 months, that has amounted to almost £4.5bn being returned to customers who should never have had the product in the first place, or were not informed of the associated levels of commission attached to the policy. 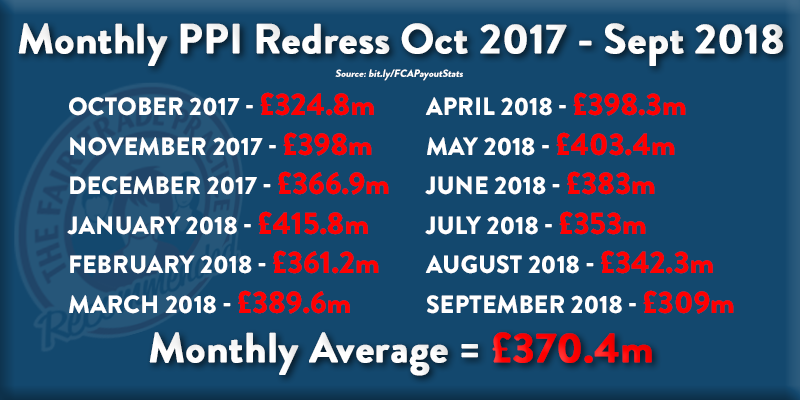 Despite hundreds of millions being returned to consumers every month the FCA’s claims deadline is on the horizon.

Wanting to ‘bring the PPI issue to an orderly conclusion’ and prompt consumers into making a decision, the regulator imposed a deadline of August 29th 2019 on all new claims.

That means there are just 9 months left for anyone yet to check their finances to take action and find out for sure if they are owed some of the remaining provisions. 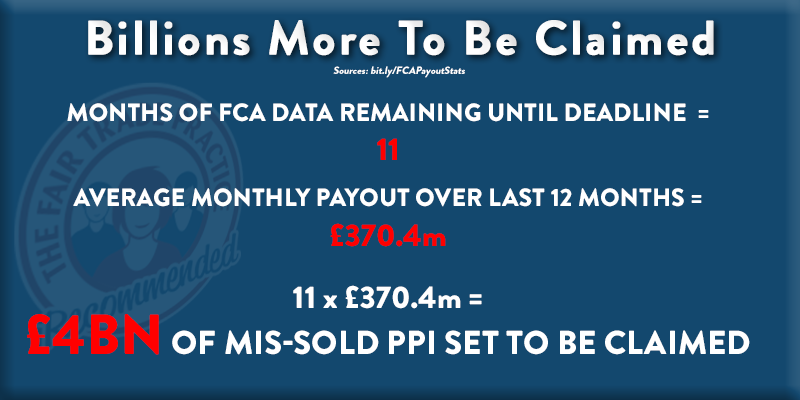 Data from the regulator is published a few months in arrears, meaning there are 11 months worth of reporting still to be calculated up to the claims deadline.

With average monthly payouts at their current levels, that would mean a further £4bn being paid out in the time left to make a claim.

However if the current rate of complaints and payouts does continue up until the deadline there will be a huge surplus, rewarding those financial firms who acted improperly for decades.

Current provisions stand at a massive £46.5bn across the industry according to think tank New City Agenda, who have tracked the top 10 retail banking scandals and ranked PPI as number one.

With the amount set aside enough to stage the London 2012 Olympics 5 times over, New City Agenda point out that ‘banks have proved hopeless at estimating the total cost of their misconduct’.

So adding this extra £4bn to the current bill for PPI payouts would leave a grand total that is still dwarfed by lender provisions, to the tune of more than nine billion pounds. 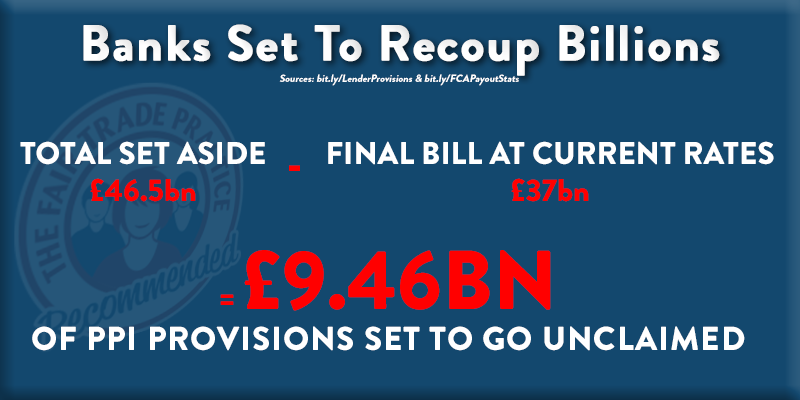 These figures are based on current payout rates, and do not even account for any future provision increases at the banks before the deadline.

Shop Direct, Barclays, Lloyds, CYBG, Santander and Nationwide have all set more money aside for PPI in 2018, with many of the banks attributing a rise in complaints to the FCA’s awareness campaign.

In a recent report the regulator confirmed another ‘burst’ of that campaign is currently ongoing with one more round to follow before August, making further increases even more likely.

So the numbers show a clear message – more people must be checking to see if they were mis-sold PPI. If you do not check, you will never know for sure if it happened to you.

PPI was added to some consumers’ loans, credit cards, mortgages and more without their knowledge or their consent, so for many people, like 95%* of our successful customers at The Fair Trade Practice, they are unsure if they had PPI in the first place.

If, after investigating your finances, you find that you were not one of the millions affected then you will have gained peace of mind and won’t be out of pocket**, so there really is nothing to lose in carrying out a check.

Let our comprehensive service give you true peace of mind on PPI today.

Now you’re here, get started by clicking below.